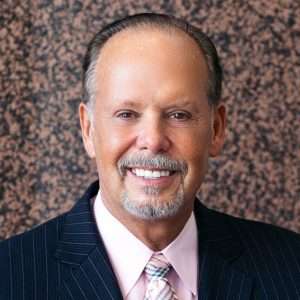 Tony Jimenez is a Retired Army Officer and a Service-Disabled Veteran with more than 24 years of Active Military Service (holding a top-secret clearance since 1980) and an appointee in both the Bush and Obama administrations. Founded in 2004, MicroTech grew from a kitchen table startup into a profitable half-billion-dollar company with skilled professionals in more than 40 states supporting more than 100 prime contracts with civilian and defense agencies of the Federal Government and providing IT and network support to numerous Fortune 500 companies around the globe. In 2014, 2015, 2019, and again in 2021 Jimenez sold several large cognizable business units and a wholly-owned subsidiary. These sales allowed MicroTech to recertify as a Small Business (SB) with the SBA as well as recertify and verify its status as a Service-Disabled Veteran-Owned Small Business (SDVOSB) with the U.S. Department of Veteran Affairs and maintain its SB status and SDVOSB status heading into 2022.

Several national organizations have honored MicroTech by adding them to their fastest-growing privately held company lists including Inc. Magazine, Deloitte, Washington Technology, SmartCEO, Washington Business Journal, CRN, Digital Software Magazine, and CIO Bulletin just to name a few. Prior to selling its business units and downsizing MicroTech, Hispanic Business Magazine selected MicroTech as one of the 25 largest Hispanic-owned Businesses in the Nation.

In recognition of his achievements, Jimenez has been named “Executive of the Year,” “Most Influential Hispanic in IT,” “Entrepreneur of the Year,” “Top 10 Leader”, “Small Business Person of the Year,” and “CEO of the Year” by several national organizations. Jimenez has also been recognized as one of the “Most Influential Hispanics in the Nation” by Hispanic Business Magazine, one of the “Most Powerful Minority Men in Business” by the Minority Enterprise Executive Council, and “One of the 100 Most Innovative Entrepreneurs in the Nation” by Goldman Sachs. Jimenez was named one of the “50 Most Influential Virginians” by Virginia Business and Federal Computer Week selected Tony three times as a “Federal 100,” one of the Top 100 Executives from Government, Industry, and Academia who have had the greatest impact on Government Information Systems, once as a Government Employee and twice as a CEO. Additionally, Inc. Magazine inducted Tony into its prestigious Inc. 500 Hall of Fame for making its Inc. 500 listing for five consecutive years. The Association for Federal Information Resources Management (AFFIRM) also selected Tony for its Executive Leadership Award, which is considered to be the highest and most prestigious AFFIRM award for members of the Intelligence Community and the Department of Defense.

Tony is renowned for having an extraordinary network and a profound knowledge of technology and technology diffusion.  He has an intuitive understanding of the benefits of adopting new technology in an environment characterized by uncertainty and remains an active inventor with many patents to his name.

Tony received the prestigious Hispanic Heritage Foundation Award for Technology at the 29th Annual Hispanic Heritage Awards at the historic Warner Theatre in Washington, DC. Tony was also the recipient of the Capital Region Minority Supplier Development Council’s (CRMSDC) highest honor, the Reginald F. Lewis Lifetime Achievement Award. This award is given to an individual who is considered to most closely walking the path paved by Reginald Lewis, an entrepreneurial legend, brilliant financier, and business manager, who left a record of accomplishments that compares to those of any great man in history.

In addition, Tony has also received an Honorary Doctorate of Humane Letters from the Massachusetts School of Professional Psychology, now Henry James College, for his sustained social responsibility and his commitment to the Veteran and Hispanic Communities.

Some of Tony’s most recent achievements include providing the introduction of the movie, “EL NORTE” for the AFI Movie Club, a global, virtual gathering of movie lovers, selected as the 2020 Alumni of the Year for Webster University, recognized as a Top 10 Leader by Hispanic Executive Magazine, and in 2021, named to the LatinX | Hispanic Top 100 Hall of Fame by theboardiQ.

Tony is an active member of the technology industry and an advocate for the Latino, Veteran, Minority, and Small Business communities. Tony has served on several very influential boards including George Mason University’s Board of Visitors, the U.S. Department of Commerce National Advisory Council, the U.S. Hispanic Chamber of Commerce, the U.S. – Mexico Chamber of Commerce, the Harvard Journal of Hispanic Policy, the Latino Donor Collaborative, Board of Directors and Vice President of the Marketing Committee at the National Capital Area Council Boy Scouts of America (BSA), Member of BSA’s National Government and Community Relations Committee and Committee on Diversity.  Presently Tony serves on the Government Business Executive Forum Board, Latino Donor Collaborative Board, US/Mexico Chamber of Commerce Board, University of Richmond Customer Experience Advisory Board, the National Small Business Association (NSBA) Leadership Council, the American Film Institute’s National Council, and American Film Institute’s Corporate Council and he serves as a National Association of Corporate Directors (NACD) Governance Fellow. Additionally, in 2020, Tony founded the West Virginia Hispanic Chamber of Commerce.

He has testified before Congress on five separate occasions and has drafted and reviewed legislation to improve opportunities for Small Business owners. Additionally, Tony has worked with several White House administrations, meeting with Presidents and their senior advisors regarding small and medium businesses and ways to create jobs, improve education opportunities, improve entrepreneurship, and stimulate economic growth and Tony was selected to travel to Puerto Rico with then-President Obama, attending meetings to discuss methods for improving Puerto Rico’s economic development.

Jimenez holds a Bachelor’s degree and two Master’s Degrees. A Master of Arts Degree in Computers and Information Systems from Missouri’s Webster University, a Master of Science Degree in Acquisition Management from Florida Institute of Technology (Florida Tech) in Melbourne, Florida, and a Bachelor of Applied Science Degree in Business Management from St. Mary’s University in San Antonio, Texas. He is also a graduate of the Executive Education Course at the Dartmouth Tuck School of Business and the Defense Acquisition University (DAU) and serves as a National Association of Corporate Directors (NACD) Governance Fellow.

Type and press Enter to search

We use cookies on our website to give you the most relevant experience by remembering your preferences and repeat visits. By clicking “Accept”, you consent to the use of ALL the cookies.
Do not sell my personal information.
Cookie SettingsAccept
Manage consent

This website uses cookies to improve your experience while you navigate through the website. Out of these, the cookies that are categorized as necessary are stored on your browser as they are essential for the working of basic functionalities of the website. We also use third-party cookies that help us analyze and understand how you use this website. These cookies will be stored in your browser only with your consent. You also have the option to opt-out of these cookies. But opting out of some of these cookies may affect your browsing experience.
Necessary Always Enabled
Necessary cookies are absolutely essential for the website to function properly. These cookies ensure basic functionalities and security features of the website, anonymously.
Functional
Functional cookies help to perform certain functionalities like sharing the content of the website on social media platforms, collect feedbacks, and other third-party features.
Performance
Performance cookies are used to understand and analyze the key performance indexes of the website which helps in delivering a better user experience for the visitors.
Analytics
Analytical cookies are used to understand how visitors interact with the website. These cookies help provide information on metrics the number of visitors, bounce rate, traffic source, etc.
Advertisement
Advertisement cookies are used to provide visitors with relevant ads and marketing campaigns. These cookies track visitors across websites and collect information to provide customized ads.
Others
Other uncategorized cookies are those that are being analyzed and have not been classified into a category as yet.
SAVE & ACCEPT